Google Meet, the video calling and conferencing app that has proven itself to be an indispensable tool ever since the pandemic began, is up for a revamp, as Google has just announced a couple of tweaks that it will be introducing into the app soon. Admittedly, the changes will be reserved for desktop users for now, and will be made available in the latest update of the app.

The tech giant has revealed that the new features will make it possible for users to pin multiple screens, so that they can interact with multiple feeds simultaneously. Also included in the update will be brand new tools for adjustment of the autozoom and lighting, which will be fully powered by an AI interface. One new perk which might be interesting for people relying on mobile data for accessing meetings on Google Meet will be the inclusion of a Data Saver tool, which will make it possible to save data if the network is poor, slow or unstable. This feature will be made available to users on both iOS and Android, making it easier for them to remain logged on to the meeting.

The reason for launching the new set of features is to make the meeting experience more immersive, inclusive, and productive, as announced by Google Workspace today.

The team also announced that the service will now be supported by a brand new user interface (UI), which is all set to be launched next month, and that the new AI-powered features too, will be made available as soon as possible.

The changes in the UI wont be anything too extreme, but are intended at making life (and using the application) easier for everyone. The most important change will be that the controls for some of the most basic functionalities will now be placed at the bottom bar. This definitely comes as a sigh of relief for people who were frustrated at having to keep juggling between the different menus and pop-ups in the previous versions of the app.

The announcement read, The bottom bar is always visible so youll never have to miss out on captions or guess whether youre on mute. Weve also moved the leave call button away from the camera and microphone buttons to prevent accidental hang-ups.

Another feature to be rolled out soon, and which appears to be one of the most interesting updates, will give users the ability to change their video backgrounds. This will be a major (and seemingly super fun) upgrade from the stills backgrounds feature that was available in the previous versions, and at launch, will feature three different types of video backgrounds to choose from- Forest, Party, and Classroom, with more options to be added in the coming months.

All these features seem to really be inching closer to making the experience of using Google Meet much more interactive, and much less boring, for users. 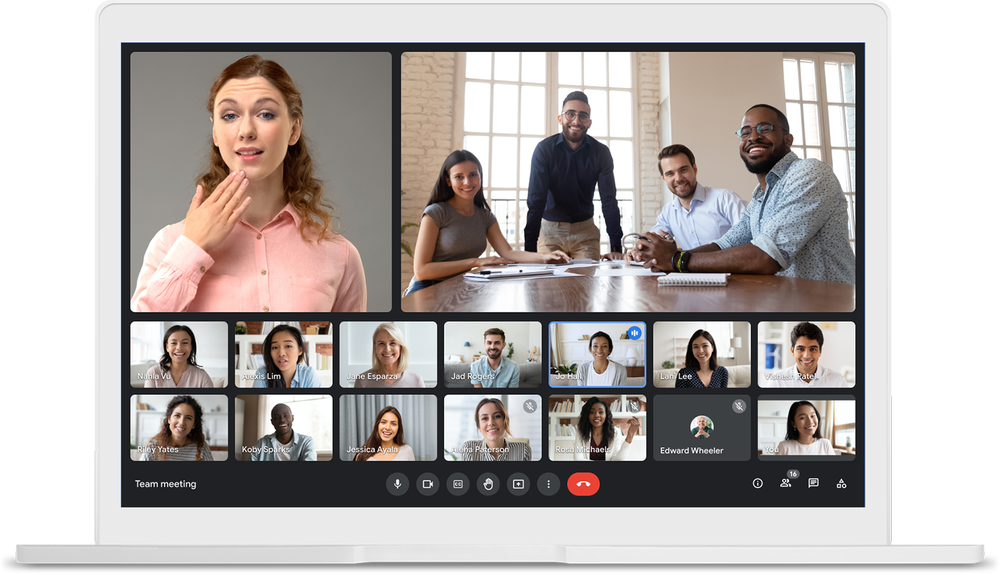